Last summer, we went on a canoing trip with some friends. On the ride back, my friend Jeff was listening to my favorite iPod songs and commented that I would probably enjoy a Brazilian band: Os Mutantes. Later on, he sent me an mp3 file of one of their bigger hits "A Minha Menina". It was psychedelic, pop fun, so I got their "Best of" CD, "Everything is Possible". This launched a huge Os Mutantes obsession for me. They have been my go-to band on my iPod for months now. They even helped me with my fear of flying!

Start with their first CD "Os Mutantes". You might recognize some of the songs. I had heard "Bat Macumba" before from "The Nuggets" boxed set. And "Baby" rang some far and distant bell, but I couldn't tell you for sure if I had actually heard it before or if it's just one of those songs that feels familiar. There's plenty more on the CD to enjoy. There were certain songs I didn't connect with at first, but then started sounding like pop icons on subsequent listenings. 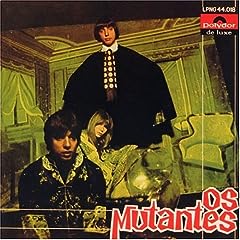 Next on the list is "A Divina Comédia". This is my current favorite album of theirs. It feels like a concept album, but since I don't speak Portuguese, I can't tell you if there's any cohesion to the lyrics. I found some sites that translated their lyrics, but they made even less sense in English. This album ends with two great songs that feel like a descent into pop madness. I was listening to this on a very turbulent flight over Spain one day. My fear of the turbulence completely disappeared. I tried listening to this song on other bumpy flights and it still works. There's something about the infectious madness of the music that puts me totally at ease. 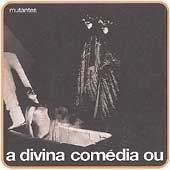 I describe Os Mutantes to friends as The Beatles of Brazil. I don't know if that's really apt, but there is something about the psychedelic pop nature of them that feels very similar. And they certainly smoked enough pot... 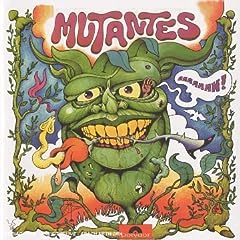 I've Got Kitsch in My Heart
This was my second attempt at making a CD mix. I really felt like I hit my stride on this one. I borrowed lots of film clips "Beyond the Valley of the Dolls" and "Blood Sucking Freaks". And the music is a bit more focused - clearly hitting more of the late 60's and 70's psychedelia.
Apple: Aggressively Cool
I've been seeing the new iPod commercials a lot lately. The new song is quite catchy. I thought I'd do a search and see who the band is. I'm never surprised when I don't know current bands - I stopped being impressed with popular music a long time ago. I barely ever recognize the music acts on Saturday Night Live anymore.